Peaky Blinders is not a series, it is a work of art. An exceptional work of art. It is going to be years before something matches up to the caliber of this show. In fact, I’m not sure anything ever will. The intricate detail that has gone into every scene of this BBC production is just amazing. I take my hat off to the cinematography team. In fact, to the entire team, as this show would most definitely not have been possible without the input of all involved – each and everyone brings the excellence of what they do to this series – be it acting, directing, cinematography, wardrobe…and the list goes on.

The acting is top notch. In my opinion, the British are so good at casting characters and not “beautiful people” in order to draw viewers. Not that I’m saying the actors are ugly. Not at all, but that they are chosen with their role in mind. The cast work so well together. So much so, that the Shelby family really comes across as just that to the viewers – a family, with their problems and their successes. The actors are also supported by the wonderful cinematography. The opening scene in the very first episode where the Chinese girl is summoned as a fortune teller is brilliant and sets the tone perfectly. The other scene that stands out is Ada in her wedding dress contrasting with the dreary grey surroundings. But everything really – the smokey bars, dark rainy streets, sparking factories, shadows and on it goes. Throughout the series there are moments when I can’t help but notice some small detail that really makes all the difference.

The music is woven in so well and adds to the atmosphere while keeping it modern. And then there’s the wonderful Red Right Hand theme song by Nick Cave and the Bad Seeds which opens each episode with a creepy, yet suspenseful sort of mood that only gets cranked up as the minutes unfold. That’s the other thing – these minutes go past waaaaaaaay too quickly and before you know it, another episode is complete. In fact, in the first series, which is only 6 episodes long (or should I say, short), I was wondering how I would be able to avoid the end in an attempt to prolong the experience and savor every moment, yet, still get to the end because I just needed to know the outcome. Thank goodness series 2 came out and I’ve watched the first episode. They’ve really started us off with a bang on this one – seems like things have gotten a whole lot more intense (hence the age restriction gone up from 15 to 18) but boy is it brilliant so far! Going to be an interesting 5 more episodes which will be over before I know it. I just hope I feel the same at the end as I did at the end of series 1 – totally besotted! 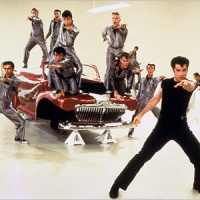