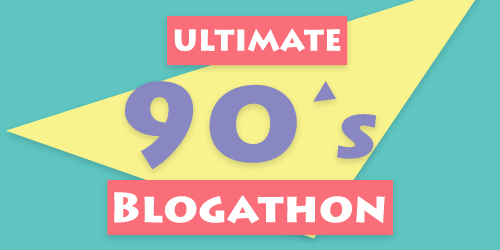 Catherine from Thoughts All Sorts joins us for the blogathon today. Catherine gives her thoughts on all sorts of topics on her blog, from movies to music to books. She also takes part in every blogathon she can get her hands on! Go check her site out to see everything she has to say. Today, […]

via Ultimate 90s Blogathon: The Last of the Mohicans (1992) by Thoughts All Sorts — Drew’s Movie Reviews

Kim of Tranquil Dreams and Drew of Drew’s Movie Reviews have asked the following: What 90s film did you love? Which film started your love of the 90s flicks? What movie would you suggest as a starter for jumping back in time to the 90s?

Easy. My all-time favourite movie comes from the 90s. The one I never have to think about for even a moment. Ditto to its awesome soundtrack. Let me present to you….

I first watched it on the big screen the day it was released and was right back again the next evening. I’ve never done this before with any other release. To this day, not a year goes by that I don’t watch Hawkeye and Uncas and the women who stand by them.

What do I love about The Last of the Mohicans? Everything…the soundtrack, which evokes such passion even if you’re just listening and not watching. The actors, who do such a wonderful job of bringing it all to life. The story, filled with adventure, danger, passion, love, family, friendship. I could go on forever…

For me, this is one movie that is better than the book. Way better. I really struggled through the book, although, quite possibly that is because I had the movie in my mind. But that is, after all, what I fell in love with.

For those of you who don’t know the story, here it is (briefly): set during the French and Indian War,  Uncas (Eric Schweig), Hawkeye (Daniel Day-Lewis) and Chingachgook (Russell Means) are tracking a Huron war party when they come across Cora and Alice Munro (Madeleine Stowe and Jodhi May respectively) and their party, led by Major Duncan Heyward (Steven Waddington) and “scout” Magua (Wes Studi) , in the middle of an ambush by same war party. Thus starts the journey of escorting the two ladies (and Duncan) to Fort William Henry, where their father is stationed.

The story, naturally, is more, much more than that. It is about family, in all its forms and love, also, in all its forms (unrequited) and the lengths people will go to for both of these. I mean, what could be more romantic than Hawkeye/Nathaniel saying to Cora “You stay alive! If they don’t kill you, they’ll take you north up to the Huron lands. Submit. Do you hear? You’re strong. You survive. You stay alive. No matter what occurs! I will find you! No matter how long it takes. No matter how far. I will find you!” or, the lengths Alice goes to for Uncas? Or even Duncan‘s actions for Cora?

To perfectly round it all off…the cinematography and soundtrack make for something absolutely beautiful. Something which evokes emotions each time I watch it.

Want the 90s in all its glory? Start with this epic adaptation of James Fenimore Cooper‘s novel, one of five in the Leatherstocking Tales and directed by Michael Mann. Just remember, the story is very different to the book including the roles of some of the characters so if you love the book, the movie may well disappoint you.

Note: There are two version available (this is the only movie of which I have both). The original DVD is the one I prefer to the more recent Blu-Ray Director’s Cut. Some of the dialogue and scenes are ever so slightly different but, in my opinion, the magic is in the original DVD release (and also the theatrical version I watched on the big screen all those years back).