Those braces, geeky look and “Grosie Josie” are the first things that come to mind when thinking of Never Been Kissed (1999). Poor girl. But then, I’m sure many of us have been in that same boat. Only to be a totally (sometimes) different person as an adult. And some get a second chance at ditching that geeky look. I’m sure many wish they never had to go through a second chance in the first place. Never mind the first one.

While the story is nothing new…”cool” girls, hot dude who dates the cool girl ‘leader’, the not so cool group…and Josie Geller (Drew Barrymore), it is done in a sweet way. Poor Josie. You really feel for her. Cringe for her. And I think it is all made worse by the fact that she is now an adult and should really know better. The story has her working as a copy editor, still a bit geeky, fumbling along, when her boss Gus (John C. Reilly) agrees (after some convincing) that she can go on a reporting job she’s randomly been assigned to. Undercover. At a high school. As a student. (So yes, at this point you just need to put aside any disbelief around how old one possibly looks at high school. I mean, we all watched Grease and didn’t say anything). Off she goes with half the publishing house following her every move. And gets caught up in all the drama of high school all over again. Just this time she really should know better…well, she does, to an extent, but she still doesn’t always “get it”. Having never kissed a boy (although she says she has), she’s waiting to feel “that thing”, that thing you experience with the right guy. ”That moment. When you kiss someone and everything around you becomes hazy. And the only thing in focus is you and this person”.* 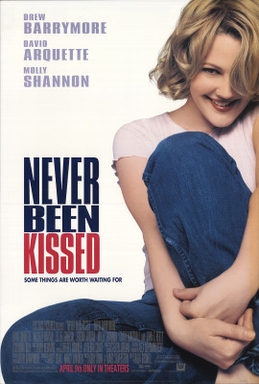 Drew Barrymore takes on this role so well, convincingly becoming that girl we all don’t (or didn’t) want to be. So much so that you almost want to switch off the movie just so she doesn’t embarrass herself some more. But then, you’d miss the sweet parts. Those where she stands up for those who, like her, used to be the poor sods who were put down by the cool kids. You’d miss her being the girl who’s “…not the kind of girl who does things like this”. Yet, sometimes, being (or not being) that kind of girl is exactly what a girl needs. And Josie Geller definitely needed to be (or not be) that girl.

A sweet movie that is perfect for some light escapism. Don’t overthink. Just watch and reminisce.

*quotes taken from watching the movie