It has been at least 20 years since I’ve watched Soylent Green (1973). Probably longer. But, it has never left my mind, especially watching world population rise at an alarming rate, climate change impact us more and more and on and on. Why? Because, although Soylent Green might look dated (very 70s decor), the reality is still very, very real. Scarily so. And…we’re not so far from 2022, the year this story takes place. Maybe we’re already living that world…or close.

Based on a novel by Harry Harrison, the world is overcrowded (New York City 40 million people), most food resources have been depleted (most resources of any kind in fact), the greenhouse effect is in full swing and the world is in a dire state. Detective Thorn (Charlton Heston) investigates the murder of a wealthy businessman Simonson (Joseph Cotton) (yes, there will always be those who manage to get their hands on a small piece of beef or a real apple, soap, hot water and all the other luxuries) who happens to have worked for the Soylent company. The company that has launched a new food replacement product called Soylent Green. It is supposedly meant to be sourced from the oceans and therefore to contain more protein (and it does, in a warped way) than the other soylent coloured food chips. With the help of friend Sol (Edward G. Robinson), Thorn uncovers the truth behind this highly in-demand product.

I won’t tell you what the green food source is ultimately made of but trust me, I often wonder (well, not often, but when I do wonder, my thoughts come back to this one) when we will get to that point. And how much longer food will be in the form that we know it. And what will happen with us all in this alarming rate of population growth. The signs are all there already but let’s not go down this road in a movie blogathon.

So, yes, you’ll notice the dated “modern” setup (I love that pacman-type arcade machine that is meant to appear futuristic – no way, it is far from it) but put that aside and it is a good movie. I’m not a big fan of the current dystopian movie trend but this gives a different view of the world as it may soon be. Being Edward G. Robinson‘s last role it always strikes me as being a bit weird that he as character Sol (spoiler alert) decides he’s had enough and decides to exit the world. The scene in which he carries out this process always feels awkward knowing that he actually passed away two weeks after filming Soylent Green. 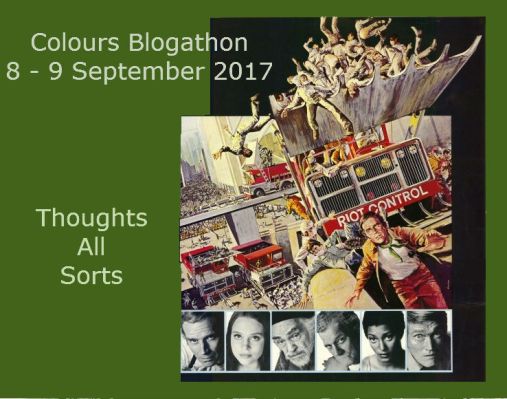