Back in 1995 Before Sunrise totally passed me by. Never heard of it…therefore, never seen it.

But then, somewhere around 2004 (probably 2005/2006 by the time it was released down in the far southern hemisphere), I watched Before Sunset and really enjoyed it. It has Jesse (Ethan Hawke) and Céline (Julie Delpy), who met 9 years earlier in Before Sunrise, meet again as Jesse promotes his latest book in Paris. They spend time together casually catching up about their lives as they became and slowly their encounter those years before comes to the surface again. I remember people commenting that this movie was boring but somehow I felt not. It was so real, a reflection of two people remembering, mulling over decisions made and the pathes taken. For me, the real-time story (Jesse has only an hour before he is due to catch a plane) adds to the realism.

Naturally, I had to go find Before Sunrise. The story that started it all. How Jesse and Céline met in Vienna. How that wonderful night, that first encounter, inspired the bestselling book being promoted in 2004.

And that was that for a while. I was satisfied how the two stories worked together.

Then, the 2013 Before Midnight came out. Once again Jesse and Céline and their current lives. 9 years after their second encounter, which was 9 years after their first encounter. While this one left me slightly despondent it still worked for me due to the elapsed years since the previous one and thus the contemplation around how time impacts relationships. The realism of it all.

What makes this “Before trilogy” stand out is the approach in terms of the number of years that have passed both within (or should I say, between) the stories but also within the actual filming/release times. It adds a genuine touch. That we grow up or mature with the characters and the actors.

But, I think this wouldn’t have worked if we didn’t have Richard Linklater writing and directing all three of them. And, we consistently have Ethan Hawke and Julie Delpy as Jesse and Céline. They also add their writing skills to Before Sunset and Before Midnight. So, from viewer to director to writer to actor to character…we’ve all grown together, we’ve all changed but our core is still the same.

If you would like something slightly different, something where you feel like you are accompanying a couple sharing their thoughts, something thought provoking, then give these three movies a go. In chronological order though.

Head on over to MovieMovieBlogBlog for the Year after Year Blogathon where the entries have to deal with a time span of at least one year. 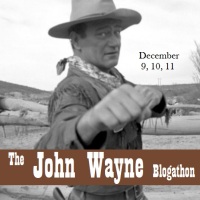 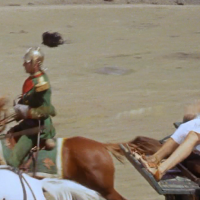