I was going to write about Peaky Blinders for this Blogathon but I can’t keep going on and on and on about how brilliant it is (ok, I guess I could). But, change is good. And there’s another show that I thoroughly enjoyed. Unfortunately, as would be my luck, this one only went for one short season (2013 to 2014) and failed to get the nod for another round. What a pity. But don’t be put off by that…enjoy that one special season for what it is. Oh…hmmm…I guess I do watch more series than I suspected (and claim) after all…I always say I’m “not a series person” but I guess the odd one I do watch. 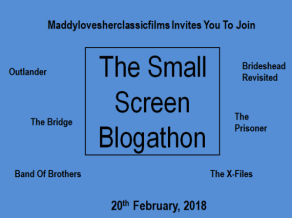 We’re in the future where human police officers have been teamed up with human looking androids, more specifically MX-43s. This, to get a good, supposedly effective balance of human thought processes together with the emotional detachment and superior fighting skills of androids. Paired are “old school” (read “not-at-all-happy about this) detective John Kennex – he’s the human, played by Karl Urban – with Dorian – a retired DRN model android (“dug out the storage area” but that’s not really the case), played by Michael Ealy. Huh? Yes…you see, John was initially teamed up with a fancy schmancy MX-43 but let’s just say, they had a personality clash and said android was not-so-gracefully dispatched of by allocated human partner (thus bringing the DRN into the picture). Now, the thing is, John is grumpy and fighting his own daemons which include amnesia and a prosthetic leg and really isn’t too chuffed with Dorian‘s constant advice, opinions and general input. I need to mention that Dorian and fellow DRN models were retired due to their emotional programming not being quite right for the job. The MX-43s are purely logic based partners.

Karl Urban and Michael Ealy fulfill their roles perfectly and have a superb chemistry. You’ll find yourself constantly chuckling as they bash heads due to different opinions, emotional states and outlooks on life while trying to solve various cases. Add to this duo the wonderful Mackenzie Crook  as Rudy Lom (you might know him from Pirates of the Caribbean as the pirate with the wooden eye that keeps popping out) who is the tech support/nerd/lab guy. He’s the go-to guy for all things…techie. Oh boy is he great. As miserable and gruff as John is, there’s a subtle soft spot (he’ll never admit it) there with colleague Detective Valerie Stahl (Minka Kelly). I was really sad that this didn’t get to be developed more but that was probably left for a subsequent series which we’re never to see…booohoooohoooo. Lili Taylor is Captain Sandra Maldonado who sees John for what he is while other detectives and MX-43 android models keep opposing him.

And so this team fights futuristic (actually, not too futuristic) crimes while John and Dorian become the best duo I’ve seen in a long time. Well worth watching despite the short season. 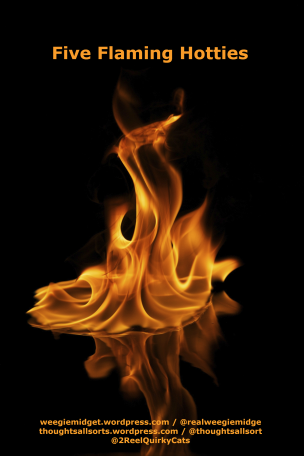 It’s time to go back to teenie days. To be shallow. Of course this post was bound to come up at some point. I mean, I’m human after all. Besides, Realweegiemidget and I always end up on a tangent around eye candy (you can find hers here). And..based on our interactions, she thinks she knows who my five flaming hotties are…little does she know…

In fact…this post may have some entries on it that may come as a bit of a surprise…I’m really opening myself up for judgement here..what am I doing????? Oh well…here goes anyway….

Just to be clear though…this is about HOTTIES and not favourites. It’s for us to be shallow and have a good appreciation.

Well…here we go…the five stars (screen and I’ve taken the liberty of one musician and one sportsman) that feature on my hotties list…in no particular order..oops, wait…just to warn you…you may think I’m nuts (if you didn’t already) but we all have our moments:

Sizzling number 5: I’d seen him around a few times but was only really introduced to him in The Bourne Supremacy. I seem to be the one who never “falls” for the lead. He’s the only one I noticed despite his small-ish role. He’s just fine to look at. And has a cheeky, mischievous smile. What more should I say? Here’s Karl Urban:

Flaming 4: Let me say this…I support(ed) any team which has this goalie. Where were we introduced? Who knows? Some World Cup or other match. Not sure. Don’t really care. Just that in the crowd, of all the players, my eyes zoned into this one. As is the case with hotties…can’t say what the appeal is…it’s just there. May I introduce Diego Benaglio…

Gorgeous 3: Here I’m allowing myself a woman who I think is absolutely beautiful and if I was a male, would deem her “hot”…

The first role I’d seen her in was Serendipity and her role, her screen presence came across as genuine and real which made her appearance even prettier. Then came Underworld…oh my…she’s just so stunning (and let’s face it, hot). I wish I could pull off leathers like she does. So, why do I like her…purely because of her looks and the roles she takes on. Kate Beckinsale…

Hottie number 2: This is the one you didn’t see coming. There’s just something about this man. Oh swoon. I was even in the front of the concert…for those of you who know him, here’s my hottie Richard Z. Kruspe…

I “met” him on the cover of a CD. Something just appealed. Not sure what and why. Then along came the live show DVDs (see, so, I’ll just say it is film in some form) and just like that I was a goner…there’s just something about him. His stage presence. The way he holds himself while playing that guitar. Don’t they say…there’s something about guitarists? Well, even if they don’t…I have something for guitarists. 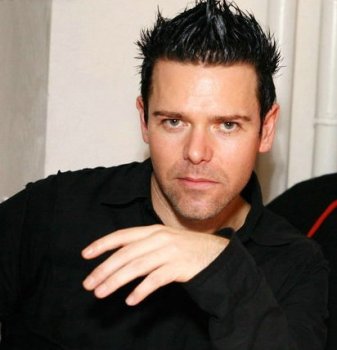 Which makes the last hunk I can pick…whew…this is really hard…but let me go with the man I’ve always liked to watch since my teenage days. He was my crush since I spotted him in Robin Hood Prince of Thieves and to this day I have a soft spot for him. His voice…there’s a gruff softness, his looks, and despite his wild past (supposedly) he still comes across as nice. Of course it is…Christian Slater…

Hmmm…I seem to have a trend going looking at it. I would have added Shane West to the mix too…if I was going for an all-male lineup… 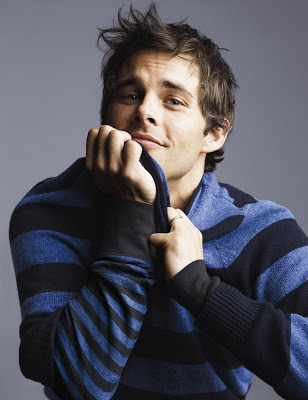 The rules are simple (to keep it clean)…

We’ll meet you on Twitter next week to chit chat about your hotties. Join @2reelquirkycats.

Head on over to Realweegiemidget Reviews for her hunks… 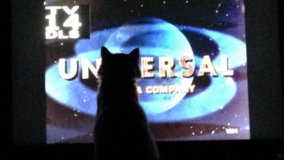 Njaahahahahaaaaa she cackles, rubbing her hands in glee. Another chance to shine some light on those dark characters. This year Ma-Ma gets a go. She’s got to be one of the most ruthless female villains I’ve come across. Just thinking of her gives me the shivers. Time to get all dark (hope you won’t think bad of me after this but it is The Great Villain Blogathon after all with more baddies found here). Let me introduce…Madeline Madrigal a.k.a. Ma-Ma.

We’ll call her Ma-Ma going forward (not Mama but slightly drawn out…Maa-Maa). I’d hate for her to be confused with a mother. Here are a few more that might help set the mood (not that we should judge by appearance): 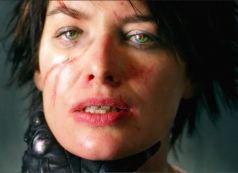 Paint a better picture for you? I was kind enough to omit the screenshot of when the scar-producing injury is being inflicted. In fact, you may want to stop reading this post soon.

Peach Trees, a 200-storey high-rise in Mega City One, “the cursed city, stretching from Boston to Washington DC”. The building houses 75 000 registered residents of which 96% are unemployed. It has one of the highest crime rates in a city that records 17000 incidents a day. Ruling from the top floor down, Ma-Ma and her gang, the Ma-Ma Clan.

Played by Lena Headey, this is someone you’d hate to come face to face with in an alleyway (or anywhere for that matter). She is so brutal that when 3 small-time drug-dealers encroach on her turf they get…(stop reading if you are squeamish)….skinned alive, thrown off the top floor of Peach Trees…all while under the influence of SloMo…the latest drug she is punting which…yes…slows your perceptions down (substantially). Might be great if it is recreational but not so great when you see the atrium floor rapidly approaching slowly (contradiction intended).

Sent in to investigate this incident, Judge Dredd (Karl Urban) and rookie Anderson (Olivia Thirlby). They capture Kay (Wood Harris), who Anderson, through her psychic abilities, identifies as the guy who carried out the skinning. Desperate to prevent Kay from talking (I won’t reveal why) Ma-Ma gives orders to lock down the entire building until Dredd and Anderson are dead. Dredd, ever the just, loyal and fearless judge, assisted by Anderson, works his way up floor by floor, body by body, dealing justice with one goal…Ma-Ma. Easier said than done.

Formerly a prostitute, she got cut up by her pimp. Her revenge…”Feminised the guy with her teeth”. Apparently this is when she became the woman who has no problem casually dealing out the most gruesome punishment to anyone she pleases. The poor techie (played by Domhnall Gleeson whom I barely recognised), who hacks any system for her, even had his eyes redecorated – her doing.

I honestly don’t know what could possibly justify her actions. Yes, maybe her pimp doing what he did may just have pushed her over the edge. However, watching her do what she does, there must have been some mean streak in her before then. Deep down, some darkness that was waiting to be triggered. I’d say she is one of the most vile villains I’ve come across.

Gruesome and violent, Dredd (2012) is still an excellent movie enhanced with a brilliant soundtrack. The SloMo scenes are fantastically presented with everything slowing down for added effect:

While this is a post about Ma-Ma, I must mention that Karl Urban is perfect for the no-nonsense Judge Dredd (delivering some great deadpan lines). If you have been avoiding this one thinking “oh no! Judge Dredd” with the 1995 version in mind…don’t. With a current IMDB rating of 7.1 and 78% on the Rotten Tomatoes Tomatometer (72% Audience Likes), it really isn’t bad. Written by Alex Garland and directed by Pete Travis, you’ll be on the edge of your seat, wondering how this one could possible end. You have been warned though – definitely not for the faint-hearted.

Whew, so now I need a good, light movie to watch. Something with a “kinder” villain. Or a nice good Prince Charming.

For last year’s entry into this Blogathon have a look at Villain, villain on the Wall.

*Quote taken from watching the movie