…gosh, what’s on my mind? This is the Great Villain Blogathon…right? And I’d put my name down for Prince John from Robin Hood (2010)…right? And, my mind is clearly elsewhere because I got sidetracked…right? Wrong…because…actually, the real villain here is not Prince John (Oscar Isaac)…he’s merely being, should we say, gently guided, by the nastiest man with ulterior motives. Oooh….but there’s just something about Godfrey, who just wouldn’t be the same if played by any other actor than Mark Strong.

I’d very quickly realised that Prince John is simply a spoilt brat who wants his way. And he’s too busy having his way (not with his wife) to really pose any threat. Yes, he might have his moments, purely out of having some sort of power kick, but Godfrey, he’s there ever so subtly, or not, steering things. Weaseling his way into everything. Being English “when it suits me” French when that works better.

Godfrey has this presence from the very start. He’s clearly not phased by airs and graces, so comfortable is he around Philip of France during their (and our) first encounter. With that introduction comes…a perfect piece of music that will forever be associated with him…this one:

…it is Godfrey for me…staccato, slightly evasive, yet with an underlying hardness, energy, gradually increasing in drive, just like this man…all to gradually crescendo to a point where he eats the human blood stained oyster. The things people do. He encourages his men to plunder from the dead and doesn’t hesitate a moment to yank on the lance embedded in a dying knight. All in a day’s work it seems. And he’s so smooth when he does this.

And if his initial presence isn’t enough, somehow the scar on his cheek from Robin’s arrow simply makes him meaner in terms of personality as well as looks. Oh, and according to seasoned expert Prince John, the “ladies will love you all the more” for it. It amplifies his “villain-ness” while he’s always listening, always scheming:

Addressed as “my Lord” by both the French and the English, this man will casually instruct his men to get rid of someone or patiently wait in the sidelines for an opportunity to present itself. Strategically positioning himself during court meetings, saying just the right things, while Prince John is too busy dealing his family and greed issues. Wait…isn’t that an ever so slight (sly) smile on his face as he is about to officially serve the crown? Nicely played Godfrey, nicely played:

“Choose carefully the spot Godfrey, where you would place your dagger”, so obvious to everyone including William Marshal (William Hurt). A man to be wary of.

This must be one of the most heartless villains…who gives an old man news of his son, proudly telling him that “I’m the one who killed him” (left in a French ditch)??? To entice a fighting reaction from a blind man…plain mean.

Yet, at the end of the day, things must come to an end for him. And, while cowardly trying to race from the battlefield, this villain has had lots of personality. He has a certain presence that doesn’t even need his “signature” theme music. You notice him in all the scenes he’s in. He’s so bad yet somehow I feel drawn to him. He has the blatant audacity to pursue his goals. The way he holds himself. Confident, almost elegant. And while I obviously don’t support his behaviour, it is this type of character, acted perfectly by Mark Strong, that allows that “guilty pleasure” of being drawn to the bad guy. Because, that’s what movies allow us. Escapism.

For my previous entries to the Great Villain Blogathon, pop past Villain, Villain on the wall (here) and Meanest of the Mean…Ma-Ma (here). I’ve also written a piece on Mark Strong as a character actor in A Strong Character… (here)

And of course all the other entries to the Great Villain Blogathon can be found here (Shadows and Satin), here (Speakeasy) and here (Silver Screenings).

Here some impressions together with his theme song:

A few (I think) years back, the following ad caught me eye on TV (and I NEVER notice ads) not because of the brand being advertised…actually…give it a watch…I won’t need to explain:

So, I take it you know where I’m heading…definitely not the car route… 😉

But more specifically…one of these “bad” men…Mark Strong. Until recently, he was typically cast in the villain roles (hence the above appropriate clip). In fact, I’m often drawn to the actors not in the lead. And, don’t think bad of me, the villains are often exactly those that catch my eye. So much more exciting aren’t they? And just possibly a means of “living a little wild” from the safety of my mind…anyway, that’s not the point…but…hmmm….I assume that explains why a particular villain (or rather, the actor behind that villain) caught my eye in Robin Hood (2010). Yes…Godfrey, played so brilliantly by Mark Strong. Cold and calculating, ok, fine, sooooo cliché, let me start again…he was a man with an agenda…and played so convincingly.

It was also at this point it dawned on me that I’d seen this actor before. In a number of roles. Yes, definitely a familiar face. Yet the person a mystery. But finally, with his role as Godfrey, I could put a name to the face. Off to look him up…and voila….you see…I was right…I HAVE seen him before. He was Wictred in Tristan + Isolde. And yes, at the time of watching this movie I’d also wondered who the actor was (I wasn’t focusing too hard on the leads and, I digress, I didn’t really mind Isolde being won by Mark…but that’s a topic for another day), but, because I never caught the character’s name I had no way of knowing the actor. And once again, a more “unsavoury” character…back-stabing and with a lust for power. One with some “oomph”.

Then came Lord Blackwood a la Jack the Ripper in Sherlock Holmes (2010). Oh what the perfect villain he makes. (cackle, cackle)

So, by this stage, I had a particular, should I say, “expectation”, of Mr Strong. Therefore, when The Way Back came along, I had a preconceived idea that his character Khabarov would be the “usual” up-to-no-good traitor or the like. I won’t, however, tell you if he is or isn’t. That would take all the fun out of this…wouldn’t it?

Now, I must tell you something terrible…I honestly cannot remember Mark Strong being in The Eagle, but apparently he was. I’m so sorry but I just can’t remember. Although, am I forgiven for saying I can’t remember another prominent actor (and I’m not talking about the two “leads”)?

And if I’m already on confessions…the only reason I watched John Carter (yes, I cringe too)…uhm…was for Mark Strong (and James Purefoy and Dominic West). And I only got as far as I did because of these supporting actors. Definitely wasn’t because of the story. But, that said, another fine performance by the actor I’m chit chatting about.

I’ll give you points for recognising Mark Strong in the movie Sunshine (he was in two Sunshine movies…here I’m on about the 2007 one, not the 1999 one). While not a big on-screen role, his actions play quite a part in the story. Need I mention that he isn’t the good guy? Oh but what I must mention is that this is such a superb movie that seems to have slipped under the radar. 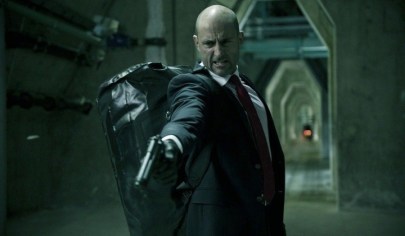 Along came Welcome to the Punch, another one that didn’t get many positive reviews, but you know what? I thought it was great! Not only was one of my favourite “villains” back but the entire movie was fun (or at least I thought it was). And somehow, Strong‘s character Jacob Sternwood didn’t feel like such a baddie…

Hmmm…it is quite strange though, that the last two roles I’ve seen him in have not fallen into this “type” (for lack of a better word). Chronologically I know that Body of Lies goes somewhere into the midst of the movies mentioned above, but in my personal viewing history, it comes very recently. Here it has him as Hani, Jordanian General Intelligence Directorate head. I kept expecting him to be the main antagonist. *Sigh*

And the last, wonderful role I’ve seen him in (to date. More to come)…Merlin in Kingsman: The Secret Service. I absolutely loved this “lighter” role. Oh, the characterisation of Merlin, was, superb. But then, would you expect anything else from such a dynamic actor? 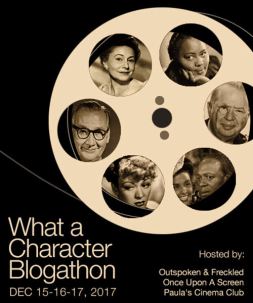 Born in 1963, more specifically, on the 5th August 1963, this British actor complements any ensemble he joins. Perfect in any role. Be it the good (Merlin), the bad (need we mention roles?) or the ugly (Pinbacker). And, apologies if I have “pigeonholed” this wonderful artist….but oh how I do enjoy a good villain.

Thanks to the hosts of this wonderful Blogathon ( Outspoken & Freckled, Paula’s Cinema Club and Once Upon a Screen). This is my second time joining them and it is always a pleasure. Last year I covered Michael Wincott (here).